"The Nature of Venus"

Venus' objective is to sooth the soul, bring joy and encourage compassion through music.

Her versatility is reminiscent of the legendary Ella Fitzgerald and her styling is comparable to that of the great Sarah Vaughn.

Though Venus is her own planet, her love for Brazilian jazz is quite evident in her lively performances.

A native New Yorker, Venus is a first call session vocalist currently bringing her sound and jazzy style to clubs, resorts and festivals internationally and in the U.S. Virgin Islands.

The Jazz of Venus 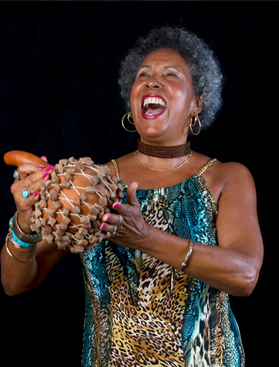 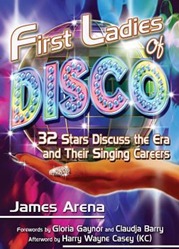 “I guess we all start out saying it seems like we’ve been singing forever,” Dodson chuckles. “I always knew I wanted to sing – it came so naturally. I started in school choirs and put a band together in high school. I went to college and then the first professional work I had was being a part of All Platinum Recording Studios, working for Joe and Sylvia Robinson. She had the big hit ‘Pillow Talk.’ While there, I met Al Goodman of The Moments who later changed their name to Ray, Goodman & Brown. I did a lot of background vocals and I wrote a few songs for The Moments and other artists.

Al had always told me, ‘Singing is great but writing is better!’ He meant that after the singing slows down or it changes, if you’ve written songs, you can always collect royalties. That was an excellent lesson I learned.  I wrote ‘Girls,’ which was a hit for The Moments, as well as ‘Fascinating Devastating Man’ for Eleanor Mills. After that, I put a jazz band together and continued performing.

“I was still doing a lot of background work for artists in the mid-to-late ’70s, like Disco Tex & The Sex-O-Lettes, Major Harris of The Delfonics and a lot of others. I was even on Herbie Mann’s Superman album. I worked for quite a few people and I have to admit sometimes it’s hard to remember everyone. I recall I did a demo for the song ‘Shoot Me with Your Love,’ which eventually was sung by Tasha Thomas. I was introduced to Patrick Adams through Christine Wilshire, a vocalist in the group Musique (“In The Bush”). I starting singing background for Patrick and writing a few more songs.

One day, he called and asked me if I wanted to do an album. Of course I said sure! That’s how the Night Rider album project came about,” she says.

Night Rider (featuring background vocals by Bruni Pagan), which Dodson refers to as her “adventure in disco,” was released by RFC Records in the United States, the prestigious custom dance label offshoot of Warner Brothers Records formed by executive Ray Caviano. A collection of refined R&B, funk and disco, the album featured the “Night Rider” lead single, which climbed it’s way to the upper echelons of Billboard’s dance chart by the summer of 1979.

DJ/Producer Jim Burgess ensured a heated response from the clubs by mixing the track, which was written by Dodson, Adams and Ken Morris. The album, Night Rider became an underground sensation.

“I didn’t have time to think about it very much,” the artist admits. “It wasn’t something that we really planned a lot. It was kind of all-of-a sudden. I wrote some material for the album, like the song ‘It’s My Turn,’ and it was all very exciting. It required a lot of studio time and I got very little sleep. A lot of rehearsing, memorizing lyrics – it was just kind of like a whirlwind. I didn’t really have a chance to enjoy it because of the timing. There was just
so much to do and you have to remember I was still singing live with my jazz band at this time. We were working in lower Manhattan doing clubs, weddings, dances and things like that. I guess I just didn’t get to really step back and notice everything that was happening.”

Still, the song’s high chart position and DJ’s demand for the single did register on the artist’s radar. “‘Night Rider’ was the track that really took off and that was the cut that Patrick had sold to the record company as the lead song. It did very well on the dance chart. I felt…how did Tony the Tiger say it? Grrrrrrrreat! I was really excited. I didn’t even know it happened! Someone called me and told me to pick up Billboard and Cashbox magazines where I saw it was at the top of the disco chart.

That thrilled me! But to be honest, as an artist, you just start thinking about the next job. But I did hope it would take off and that it will catapult me into the musical arena and put me front and center. One of the things I liked about ‘Night Rider’ was that the single was disco. That was Patrick’s territory. But the album was a mix of R&B and other styles.

Coming from a jazz background, you don’t want to do anything too trite. So I was able to come at this album in a respectable way and feel good about it. 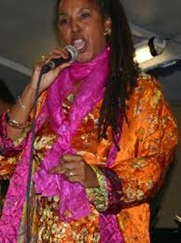 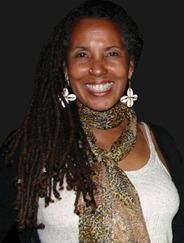 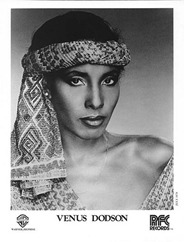 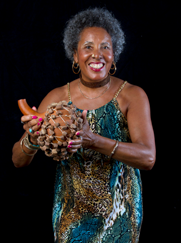 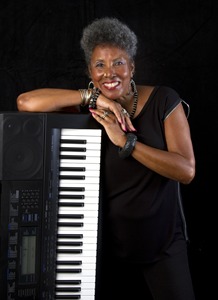